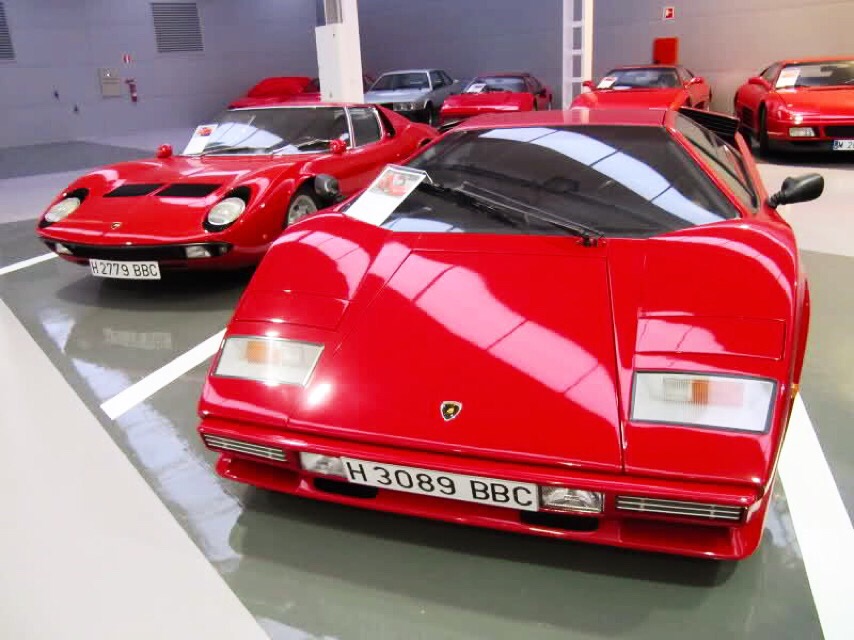 Most automakers are brilliant marketers. Many bring new cars to market with identities from the past, marrying heritage and familiarity to modernness and convenience. In the early 2000s, the auto industry saw its first large-scale trend of bringing retro and classic design cues, alongside familiar nameplates into their lineups. Some automakers were wildly successful like the reimagined Volkswagen New Beetle, some mediocre like the compact Chrysler PT Cruiser, and some a downright failure like the 2003 Ford Thunderbird. Some do not follow the trend and automakers like Ferrari start with a fresh slate every time, making it the exception to reinventing classics.

Retro and classic looks have become part of the very formula of many cars today, and hint at the history of a vehicle in a variety of mind-boggling ways. Here’s our list of the top 10 classic and exotics cars being reinvented.

The original Countach was a mid-engine, rear-wheel sports car produced from 1974 to 1990. Its classic ‘wedge’ supercar shape was designed by Italian design house Pertone. It broke the Lamborghini’s tradition of bull names and was a sleek and modern departure at the time. The latest retro-styled Countach made headways when it was unveiled at Monterrey Car Week in August. With a small production run and packing a punch of over 800 hp with a V12 and electric motor, the 2022 Lamborghini Countach LPI 800-4 hybrid supercar is rumored to be already sold out. With strikingly similar design cues including lights, air vents, and hood, we’re excited to see this Countach in the real world.

With eight design generations and over 60 years of production, the Chevrolet Corvette is synonymous with the American Dream. The latest version of the corvette is a US-built sportscar with a big V8 and yet a low starting price. The design was heavily influenced by the late 1960’s Corvette Stingray, which itself was known for a more mean and muscular appearance over the previous generation. The purposeful lines drew heavy inspiration for the latest model and performance was taken a step further with a mid-engine layout.  The latest model is so popular the vehicle continues to be in short supply and sales prices are regularly over MSRP.

The Hummer was the meanest, toughest vehicle when a civilian version went on sale in 1992 by AM General. After spending a few years under GM’s Hummer Brand, the vehicles had an uncertain and sad demise during the great recession. Hummer is making an appearance again as two models under its GMC brand. An electric SUV and truck variants have launched and early versions are selling at eye-watering numbers. The new hummer takes the full-sized shape, classic wheel arches, and weight of the original H1 and adds a giant battery. The new Hummer is an entry into the category of electric trucks, which is already getting tight with upcoming vehicles like Rivian RT1, Ford F150 Lightning, and Tesla Cybertruck.

Tesla delivered its first Roadster in February 2008 to product architect Elon Musk. At the time, the Silicon Valley startup offered an electric sportscar with a range of over 244 miles (but keep in mind, no power steering was offered in this original hi-tech tesla). Over twelve years later Tesla has made a name for itself as the pioneer in electric vehicles and is now the highest valued automaker, thus it’s only fitting they bring back the Roadster with gut-punching stats. When it launches (with no definite timeline in sight), it could be the fastest production vehicle. Also rumored are rocket thrusters for the new roadster, with expectations to hit 0-60 in 1.1 seconds.  The design is deep evolution of the original, which was designed on a Lotus platform.

The first generation Vanquish arrived on our shores in 2001 as the flagship. It came with a V12, featuring carbon fiber and alloy construction, making it a strong competitor at the time of its introduction. Originally designed by Ian Callum, the vehicle made a splash as a mix of contemporary and classic Aston martin heritage. Now eyeing its third generation, the upcoming Vanquish is more of a supercar than ever. Slated to arrive in the US in 2022 (or later), the new Vanquish will arrive as the company’s first hybrid powertrain. The new generation does take flowy design cues from the original but rocks a mid-engine body for better handling.

The 1960s Ford GT40 was launched by the company to win long-distance sports car races against Ferrari, which was the reigning champion for years. The GT40 broke Ferrari’s streak in 1966 and elbowed its way to winning the next three races. In 2004, Ford released the GT40 with inspiration from the original racecar, and as a follow-up, released the Ford GT in 2018 to pay homage to the 40. This lineage carries the DNA in both speed, endurance, and design from the original racecar. The latest Ford GT features carbon fiber and aluminum structure, impressive horsepower from a surprising V6, and engineering excellence, making it a great supercar today.

Like much of the automotive world, there’s always a conversation around the Ford Mustang. The first-generation fan-favorite Mustang leads its segment and is still one of the most sought-after classics because of the combination of groundbreaking design, performance, and youthful excitement of the personal sportscar. Design cues from the original mustang took a stronghold in the retro-style of the 2005 Ford Mustang GT. At the time, the vehicle sparked much of the early 2000s trend of retro design. Today, the top-of-the-line Shelby GT 500 shared much of the retro DNA, alongside the latest in performance innovation including carbon fiber, nearly 500 horsepower, and 10-speed auto transmission. (a manual is still an option).

It’s easy to spot the similarities between the new Nissan Z and the original Datsun 240Z sports car. With its rectangular grille, LEDs in the classic circular shape, and a very 80s rear, it’s a great combination of retro-inspired and modern design. The new Nissan Z has taken the auto world by storm, but rumors have it that it was one of the culprits in Nissan’s unstable recent financials. Regardless, the new vehicle is hotly anticipated now in its 7th generation and comes with 400 hp and 6-speed manual transmission.