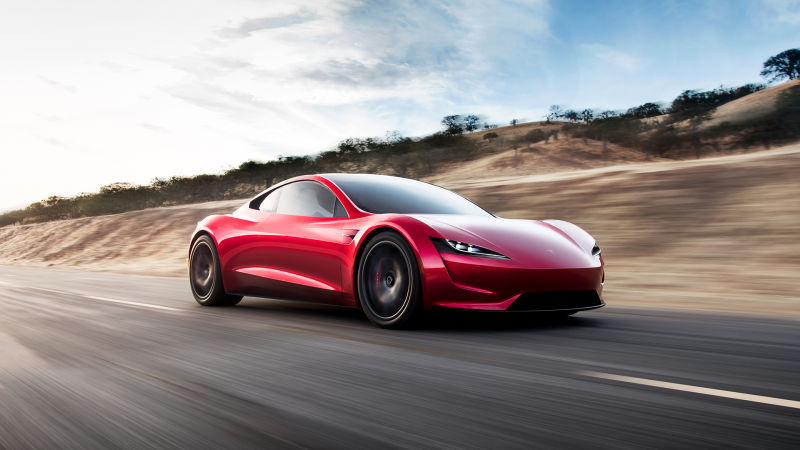 It seems that Tesla is bringing the Roadster back – sort of. It’s the Roadster, but not the one you know. No, this one is sleeker, sexier, and faster. Elon Musk must have relished the complete surprise (and frenzied stir) he caused at the end of his semi-truck reveal when he ushered in the second-generation Tesla Roadster. It breezed in, or maybe zipped would be a better word, to the strains of “Sabotage” by the Beastie Boyz. We’ll try not to look too deep into the hidden meaning there. That’s for what Tesla Financing is here for great help. Make your coveted car yours with Tesla Financing services.

The base model, according to Musk, does 0 to 60 in 1.9 seconds. If he is correct, then Tesla has indeed broken another record since it will mean the Roadster is the first production vehicle to break the two-second threshold. He didn’t stop there, though. He also boasted a breathtaking 0 to 100 mph in 4.2 seconds and 8.9 seconds for the quarter-mile. He stayed mum on the top speed though, guess you have to have some mystery.

If you listen to the rumor mill, which we do, then you can expect this little beauty to top 250 mph.

But that’s not the only record this model is shattering. It will feature the 200kWh battery pack. What does this mean? Well, it means that you can go 620 miles on a single charge.

Once you get past the super sleek styling and fast reputation, this all-wheel drive dream car is still full of surprises. With two motors in the rear and one in the front, as well as the torque steering, you can bet your bottom dollar that this will be the performance car of the decade – giving Bugatti, Aston Martin, and the rest a good run for their money.

If you can’t wait to get your hands on one of the Tesla Roadsters, well, you’re going to have to. This in-your-face answer to gasoline-powered vehicles won’t even hit the production line until 2020. Then again, we also know that Tesla’s production deadlines have been, shall we say, optimistic. However, $50,000 will reserve your $200,000 base model or you can get one of the 1,000 Founders Series models by paying their full price of $250,000.

Looks like Tesla just took vroom to another level. So, get your Tesla car soon with Tesla Financing.

Get a limited edition luxury exotic or that great model you’ve had your eye on with our low monthly payments. Call Woodside Credit today and drive away in your new car.