You won’t Believe the Mysteries Surrounding these 5 Classic Cars

You won’t Believe the Mysteries Surrounding these 5 Classic Cars 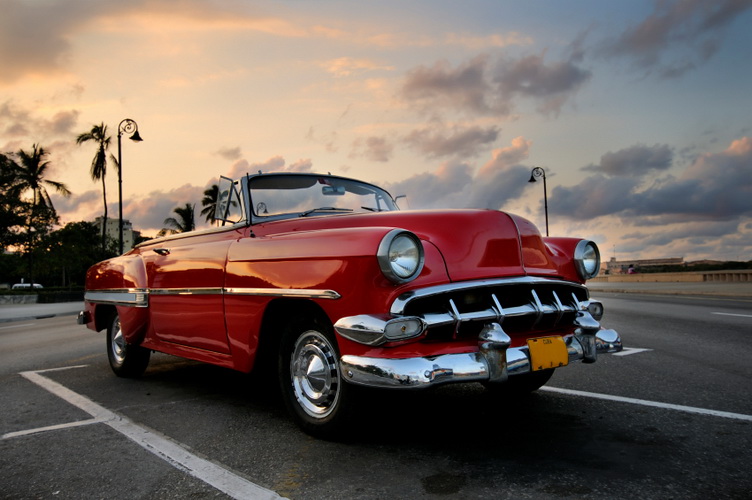 Sometimes truth is stranger than fiction – quite often actually. These five tales of mystery or outright creepiness surrounding several classic cars is testament to that. As we embark on this journey, keep your eyes peeled and your mind open to the possibility that a car may indeed be more than ‘just a car.’

James Dean picked up his 550 Porsche Spyder while he was filming Rebel Without a Cause. He wanted it to be unique so he had George Barris, who happens to be pretty handy with movie cars, customize it. The result was a beautiful car with a certain creepiness factor about it. In September 1955, Dean showed the car to Alec Guinness. Guinness was not impressed, telling Dean that the car was ‘sinister.’ He then is reported to have said, “If you get in that car, you will be found dead in it by this time next week.” Exactly seven days later James Dean was killed in the car.

But the story does not stop there. Over the years, the car was involved in a series of bizarre incidents that killed and injured many people. Then it simply disappeared. No one has seen it since – and apparently no one is brave enough to go looking for it.

Ford has a lot of information on the very first Mustang ever sold. They say that Gail Wise purchased it on April 15, 1964. The official sale date was two days later. They know it was sold in Chicago. What they don’t know is whether it was a coupe or a convertible – and they don’t know where it is today. Back when the car was sold, record keeping of sales was rather lax. In short, the serial number was not recorded. So no one really knows for sure just where the car is – although over the years many have tried to cash in on claims that it is in their possession. So far, none of those claims have panned out.

The Bonnie Parker and Clyde Barrow death car had an interesting and checkered past. The V8 Ford was stolen by the infamous pair, known for going on a killing and robbing spree in early 1934 until lawmen finally cornered the pair and riddled the car with more than 100 armor piercing bullets, killing them both. Over the years the death car has been the subject of mystery. It has traveled the country in carnivals, sat at casinos, appeared at flea markets, and awed the public at amusement parks.

The fakes that cropped up stirred the pot even more, shedding a dubious light on whether a car could be definitively determined to be the death car. Now in Primm, Nevada at Whiskey Pete’s Casino, along with Clyde’s bullet tattered shirt, sits the real death car – or is it?

Traffic Jam in the Woods

Out in the woods near Chatillion, Belgium there is an odd, and maybe just a wee bit creepy, sight. A long line of old, abandoned cars, hundreds of them, sit amongst the trees as if waiting for their owners to return. There are several theories as to who the cars belonged to and why they were abandoned in such apparent haste, but no one knows for sure. Perhaps they belonged to Americans who simply left them when World War II ended. Then again, perhaps not.

“The Most Evil Car in America”

We saved the creepiest car for last and after this tale you’ll want to sleep with the lights on. The story starts innocently enough. In Old Orchard Beach, Maine, a 1964 Dodge 330 Limited Edition, called “Golden Eagle,” was purchased with the intention of using it as a police car. It didn’t take long, though, for the car to get a very creepy reputation so the police force sold it to an elderly man.

Only three officers ever drove the car while it was on the police force – and all three died heinous deaths where they killed their families and then themselves.

According to the current owner, Wendy Allen, the car has killed 14 people but others in the area say that is a very conservative number. They believe the deaths to be much higher. Over the years various groups from different churches have assembled and vandalized the car, only to meet their own demise.

Allen even claims that all of the people in both groups, 32 in all, died in very bizarre or strange ways. The readers were each involved in horrific accidents with semi-trucks – and were decapitated. There are many macabre tales that surround this car, dubbed the ‘most evil car in America.’ Are they true? Do you really want to find out? Perhaps not, but let us help you finance your own Classic without any drama or horror stories. You will be amazed at how low your monthly payment will be.