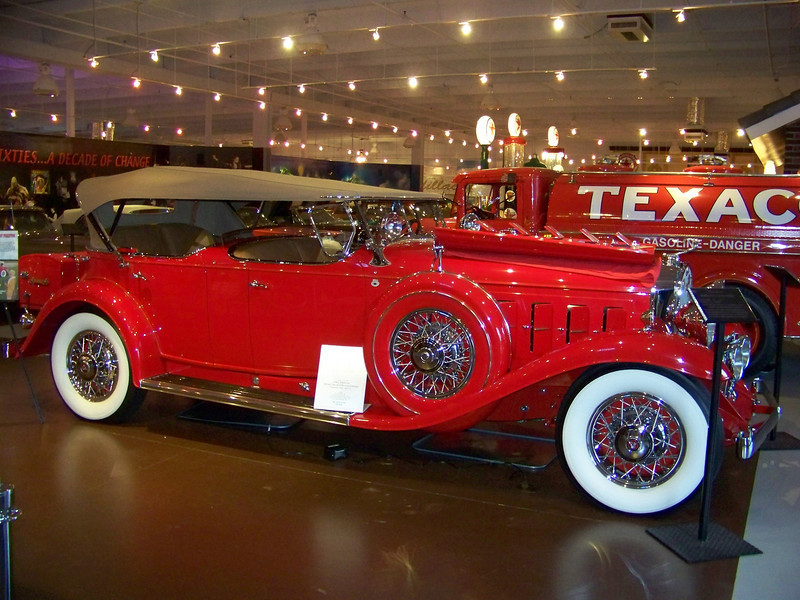 After 20 years, a long-kept secret has finally been let out and classic car enthusiasts everywhere are grateful. Edward and Joanne Dauer have finally opened their classic car museum to the public.

The Dauer Museum of Classic Cars

The Dauer Museum of Classic Cars, a 30,000 square foot industrial building located in Sunrise, Florida, houses 70 vehicles. Most of those vehicles are classic cars that have been fully restored to authentic, top quality, condition. Each car only has what was available for its production year, including color, air conditioning, and other features.

The impressive collection includes gems such as a rare 1953 Oldsmobile Fiesta (there were only 458 ever produced), a 1953 Buick Skylark (original), and 1953 Cadillac Eldorado (first year of production). The museum also boasts the most expensive Cadillac of the 1956 production year. The Cadillac Imperial Limousine is a popular exhibit at the museum. It is the only known fully restored model in existence and has the original paint – Arlington green exterior paint with the gold grill that was an option for that year. It seats nine passengers.

The oldest vehicle on exhibit is a 1906 Cadillac delivery truck. It has kerosene headlights and is powered by a 10-horsepower, single-cylinder engine. Its former purpose was a flower delivery truck in Pittsburgh, Pennsylvania before it found its resting place in balmy Florida at the Dauer’s museum.

A Love Build on the Classics

While the couple shares a longtime passion for classic car restoration, Edward has been a car lover since he was a child. When they took their first ride together, it was in a 1941 Cadillac sedan. It was rather dilapidated with missing hubcaps and wires poking through the seat, soon their live – for each other and classic cars – grew and bloomed into a passion they would carry with them for the rest of their lives.

Edward purchased his first classic car in 1971. That was the impetus that launched their love affair and set the wheels, so to speak, in motion. There were many, many car restorations that followed. And they did them together.

Just before the pandemic of 2020 launched the year of a million shutdowns, the Dauers quietly opened their little museum to the public. Before that, it was by invitation only. Since 2001, there have been many charitable events and fundraisers held there. Organizations like the American Heart Association, the Boys and Girls Clubs of Broward County, and Nova Southeastern University have raised millions of dollars at events held among these gorgeous, historical vehicles.

You can view the collection, along with other historically important memorabilia, at 10801 NW 50th St., Sunrise, Florida. The museum is open Monday through Friday from 10 a.m. until 4 p.m. Viewings on weekends and nights are available by appointment. If you’re ever in the area, it is a must-see attraction. Then again, it is also well worth a trip to sunny Florida to catch a rare glimpse of our rich automotive history.

Whether you want to add to your collection or pick up a cool daily driver, Woodside Credit can help you make it happen. Contact us to find out about our great rates and unbeatable terms that will put you in the car you want today.