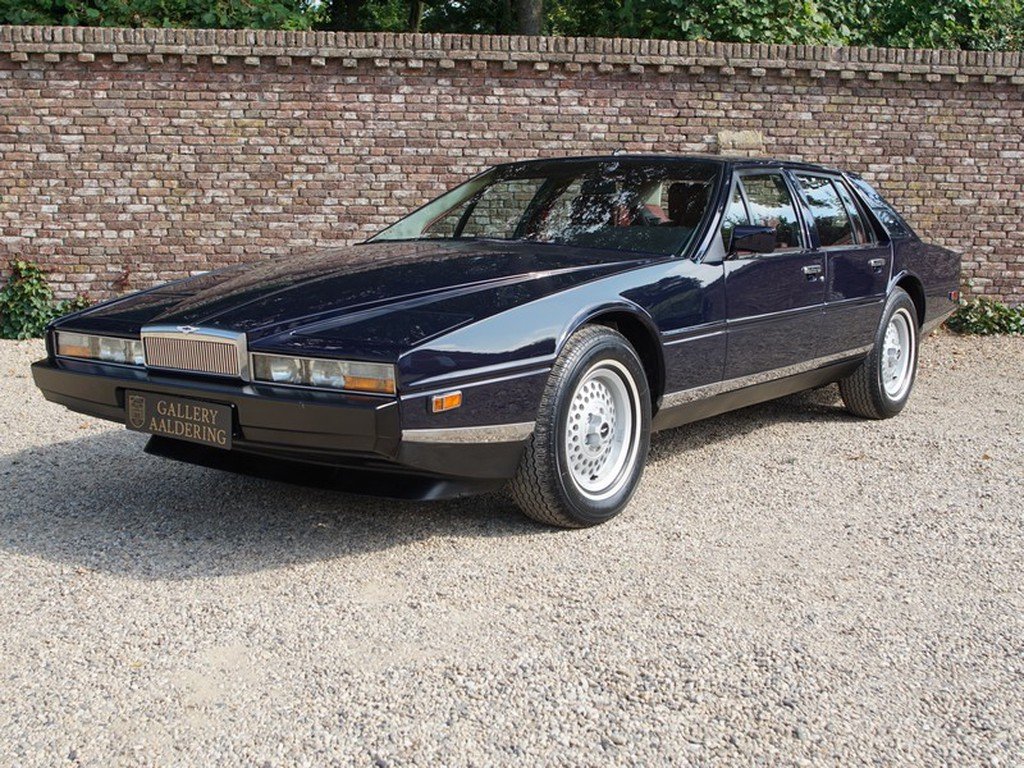 Automotive history is a wonderful and weird exploration of technology and design. Over the years we’ve seen designers dream up some odd cars – thinking about the 2020 Polaris Slingshot (is it a car or a motorcycle?) – but these take the cake.

Here are a few of the weirdest classic cars that we’ve ever seen.

This odd looking little car was way ahead of its time. True to its name, the Turbine did not have the internal combustion engine that is typically found in cars and trucks, but instead, it had a pair of turbines. This gives it considerable flexibility regarding fuel sources. It could run on JP-4 jet fuel, or your mom’s perfume. There were only 200 made and they never saw a showroom floor. Instead, Chrysler lent them to families they hand picked to test the car. Today, only nine still survive and five of those are still drivable.

Chances are, you’ve never seen an Aston Martin like this before. It is nothing like the sleek, sexy James Bond sports car or any of today’s Aston Martins. Sales began in 1976 but delivery was not made until three years later. While odd looking, this four door sedan was still an attention grabber though with its unique wedge shape. However, its most notable (and unusual) feature was the amount of high tech features like electronic switchgear and digital instrumentation. It would be many years before this type of tech would find its way into any other vehicles on the road. The Lagonda was truly one of a kind.

Looking more like a spaceship than a Caddy, the Cyclone was a very striking car. A glass bubble covered the cabin, giving the driver an almost 360 degree view. No blind spots there. But flip back half of that glass (is stowed in the trunk) and you suddenly had a convertible. Even the doors were different, sliding backward instead of opening like conventional car doors. The windows did not roll down (obviously) so it came equipped with an intercom system that allowed the driver to communicate with people who were outside of the car. Although it never actually made it to production, it still goes down as a futuristic vehicle with cutting edge technology. One of this main features was a radar system that scanned to road and alerted the driver to upcoming obstacles or issues. Today we call that ABS and forward collision warning.

It was a car, but it was also a boat. Go figure. The front tires were the rudders, and it was equipped with a pair of propellers that could move the Amphicar through the water at a breezy seven knots. The German made car had a pretty popular six year run with almost 4,000 cars produced. The downside is the performance. On water and on the road, it was a bit of a dud, not to mention the sizeable price tag. However, US President Lyndon B. Johnson had one. If nothing else it was a novelty.

Surfer dudes and dolls all know the Thing. Over the years it has accumulated a bit of a cult following. It was first manufactured in 1960 in Europe but made its way to the US in 1973 were it was known as the Volkswagen Thing. The fun little utility vehicle was very similar to a Jeep and had very few features, but people fell in love. They didn’t care that its 55 horsepower engine struggled on even the slightest incline, they just loved the little car with its convertible top and fold down windshield. The bright colors like Pumpkin Orange, Sunshine Yellow, and Blizzard White, helped foster the love affair even more. Even today just mention The Thing and you will see eyes light up for the weird little car from Volkswagen.

Whether you want to purchase one of these weird classic cars or something a little more conventional, Woodside Credit can help make it happen. With our easy terms and low rates, you can easily put that classic in your garage. Call today and get started.