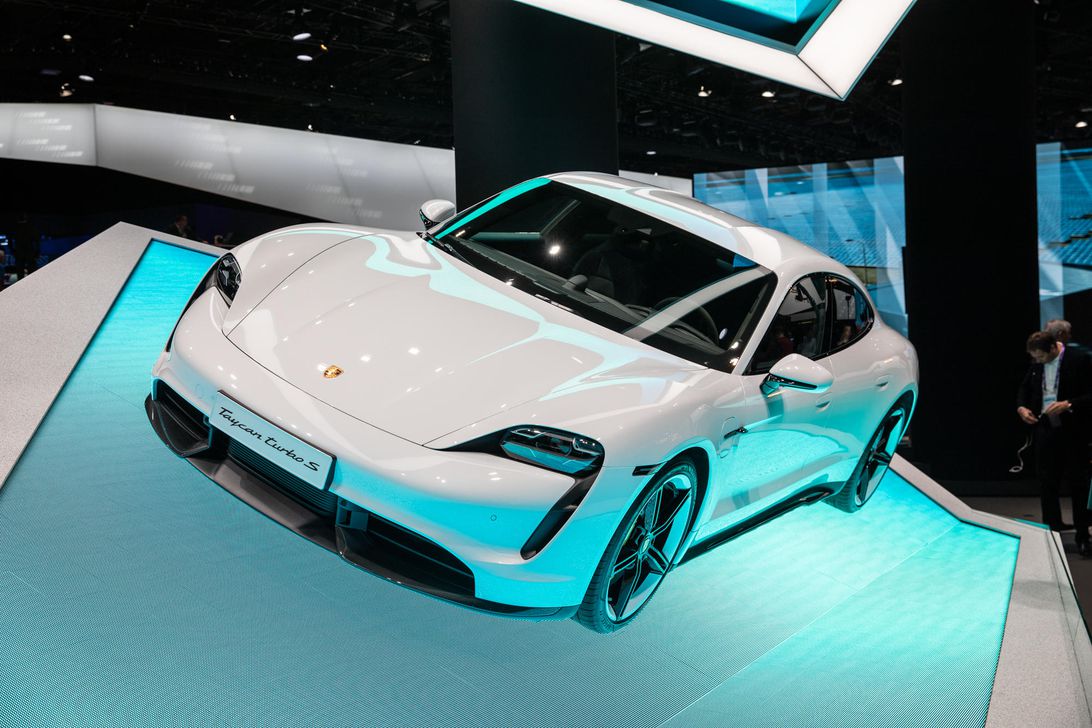 It seems that everyone is getting in on the hybrid technology movement lately. Most carmakers have at least one hybrid model in production or development. Even the luxury and exotic brands are introducing their versions of electric/hybrid cars.

The trend seems to be growing but if you’re wondering whether it’s a fad or fixture, you’re not alone. We talked to Lynn Raynault, Co-Founder and CEO of Segments of One to gain some insight into the hybrid technology movement. What she has to say may surprise you.

Ever heard of the Mixte? If not, that’s OK, most people haven’t. The System Lohner-Porsche Mixte was the first hybrid car. There were 300 built in 1899. Surprised? A gas engine powered the electric motor that turned the front wheels of the car. It was well received by the public until Ford’s assembly line revolutionized car production for gasoline-powered vehicles (and subsequently slashing costs so that prices were dramatically lower than hybrid cars). Interest waned and hybrid technology was put on the backburner for almost 50 years.

Fast forward to the 1960s. It was a time of change on a number of fronts, including an increased interest in the environment. Legislation was introduced by the U.S. congress that encouraged the use of more environmentally friendly vehicles (i.e. electric vehicles) in an effort to reduce air pollution. However, the government’s push for hybrids did not resonate with the general public right away.

In fact, it wasn’t until 1973’s Arab oil embargo that the idea gained some momentum. Drivers responded to the soaring gas prices and plummeting supply by seeking alternatives that were less costly and more accessible. Electric seemed a logical step in the right direction and auto manufacturers responded by pouring billions of dollars into hybrid technology research and development over the next 25 years.

The late 1990s saw a few all electric vehicles. One of the most notable is probably the Toyota RAV-4 EV. Interest was minimal at best and this generation of electric cars was unceremoniously dropped from production. In 1997 the Toyota Prius was released in Japan and people interest fired back up. The Honda Insight hit the states in 1999 and was the first mass production HEV in the U.S. In 2000 the Prius sedan made it way to the U.S. as well and the popularity of hybrid/electric vehicles exploded.

The last few years have seen exotic and luxury carmakers throwing their hats into the hybrid technology ring. Lamborghini, Aston Martin, and Porsche are just a few that are developing the ultimate in electric/hybrid exotic cars.

Times they are a changin’ with priority shifts and increased environmental awareness which translates to what is basically a new consumer. It is the consumer who drives the market. According to Lynn Raynault it is during this unique time that we get to see how that shapes the automobiles of today. “As a new generation of wealth emerges, exotic car brands need to evolve to meet evolving values,” she says. “This is the generation that now places the environment at top of their list of concerns. Luxury brands are actually well-placed to meet the sustainability demand as most are handmade, leave smaller footprints and are usually produced in small batches.”

This concern is not exclusive to the auto industry. As Raynault explains, it expands across all markets as customers demand environmentally friendly products and environmentally responsible manufacturers. But when it comes to luxury items, such as exotic cars, the pressure is even more profound.

“This is one of the biggest issues and concerns of millennials and Gen Z,” she says. “As it pertains to luxury goods, these items have always been held to a higher standard.  Consumers today expect luxury goods to respect and live up to consumer values versus the past where consumers had more reverence for brand values, the relationship is now flipped. Thus, the movement across the luxury world for sustainability. The automobile industry and in fact now transportation as a whole is being held particularly accountable for their effects on the environment. When Tesla launched their Roadster and subsequently the Model S, it proved that a luxury automobile can be environmentally friendly either as a hybrid or as an all-electric powered engine. When luxury automobile manufacturers watch silicon valley billionaires drive around in Prius’, it is a wakeup call. Now nearly every luxury auto maker either has a hybrid or electric model or has one in the works. Even Bentley has plans to ‘hybridize’ all models by 2025 and an all-electric model set for a 2025 release.”

For years the exotic car market escaped consumer pressure to develop technology that was more environmentally friendly and sustainable. However, those priorities have slowly seeped into the elite consumer base that is the luxury/exotic car buyer. Lamborghini is a prime example with its Sian, unveiled ahead of the 2019 Frankfurt Motor Show. As the first hybrid from the car maker, it is already making waves across the exotic car market, not so much for how it looks, but for what it stands for.

“The Lamborghini hybrid highlights a broader theme in the exotic car market: the big push across luxury brands for sustainability due to demand,” says Raynault. “We can break down the auto category into three categories that exemplify this: sports, leisure and classic. The sports cars are all following Tesla in the move to hybrid and electric. Even the classic cars worth over $1 million are starting to convert to electric despite the traditional view that the value of the car lies in the chassis and the engine. For example, the car that Meghan and Harry used to get to their reception was a classic Jaguar converted to an electric engine. Leisure cars like Bentley and RR are also moving in this direction. A good example is Bentley which plans to provide electric versions for all its cars by 2023.”

As interest and demand grow for an environmentally better vehicle, we will certainly see more models from other exotic and luxury brands. Since it is primarily the Gen Xers and Millennials who are driving the hybrid technology movement, it is not expected to die down. As the massive Millennial generation matures and moves further into the marketplace as consumers, we will see even more of their influence across the board. A common interest that Gen Xers and Millennials share is enormous concern for the planet’s future and environmental issues. And they are bringing these concerns into a very high-profile position.

“Most of today’s “influencers” are in Silicon Valley so when Sergey Brin and Larry Page are seen driving their Priuses around, the world takes notice,” says Raynault. “Hybrids are no longer limited to these mass made cars and those wanting a more powerful driving experience have plenty of options whether it’s a LaFerrari or the all-electric Alfieri scheduled for release in 2020 by Maserati. In fact, some argue the hybrid technologies offer better driving perks such as instant torque and sharp throttle response.”

Looking Ahead: The Future of Hybrid Technology

What does the future look like for hybrid technology? Are electric cars here to stay or will they fade away like so many other fads in the past? According to Raynault, this is not a fad; it is a movement, a change in what consumers want in a vehicle and what car makers are producing in response.

“It is likely the future of exotic cars could be hybrid engines if not someday even all electric,” she says. “As consumer demand forces these brands to change gears the industry will reach a tipping point where electric cars become more economical to produce and the technology becomes more advanced. Maserati already has plans to release eight more hybrid models and four electric models with the GranTurismo and GranCabrio joining the electrified portfolio. We also see Porsche heavily investing across its portfolio in hybrid as well as all-electric models. Once these investments are made it is hard to turn back the dial.”

One marker that is a strong indicator of how solidly hybrid technology is permeating the car market is how it has spread beyond new cars that are currently being produced and developed.

“New production is not the only area of focus and consumer demand,” she says. “Classic cars are also being converted, as a new generation of collectors come to market the classic car world must stay relevant and many restorations now include an option for conversion. While FIVA has declared any converted car would lose its classic status, the industry has mostly responded by condemning this view, with the realization that the boom of the classic car market over the past decade will soon come to an end as these buyers age and the next generation come into wealth.”

Hybrid technology is the future of the auto industry – and the future is now.

Raynault says, “The volume of hybrid vehicles on the road today along with the investment by every major auto maker clearly signal this is not a fad and hybrid cars are here to stay. As more exotic cars hit the market the halo effect will continue so that mass market cars will follow suit, especially as Tesla works out its kinks and increases production on the Model 3.”

It looks like hybrid technology is indeed here to stay.

Whether you are buying a brand new exotic or have your eye on an older model, Woodside Credit can help you put the car you love in your garage. Our easy terms and low payments mean that it’s easier than ever to make it yours. Visit our site and submit a Quick Quote to get started.