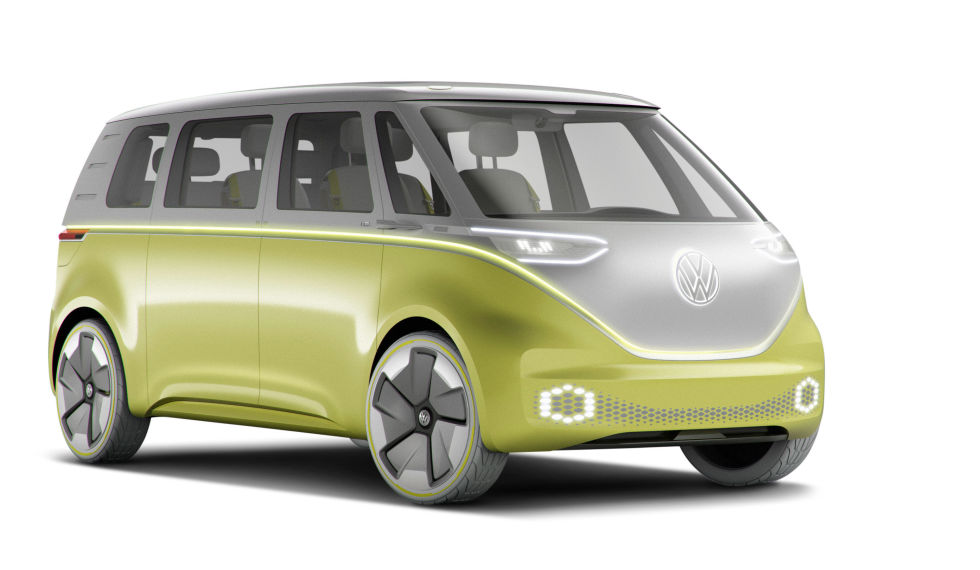 Volkswagen has some big plans coming up and it has everything to do with the German automaker’s iconic VW Buzz. The classic “hippie” microbus will be getting a bit of a facelift in the next few years – both outside and under the hood. It will get a more futuristic, sleek styling and an electric powertrain to boot. It’s new, but not new.

All this was revealed at the 2017 Pebble Beach Concours d’Elegance when VW announced the new I.D. Buzz (dubbed the “Type 2”) will be available in 2022. It will be edgier and more modern but won’t stray too far from its roots.

People were enamored with the Microbus of the 1960s and they still are today. Its unique look makes it instantly recognizable. The original was available in both cargo and passenger layouts. Many people took the cargo versions and turned them into cozy campers.

The bus body was set atop the classic Beetle chassis. It first showed up in 1949 as a cargo vehicle. In 1951, the microbus was redesigned to take on passengers. At that time, Volkswagen released the Deluxe and the Kombi as passenger vans.

It wasn’t until 1960, though, that its popularity really took off. It underwent some major upgrades including the engine and split front seats that allowed passengers to get in and out of the van much easier. As far as looks go, there were no major design changes in the bus from 1950 until 1967, save for some changes in lights, the window, and passenger door. Why mess with a good thing, right? If it ain’t broke, don’t fix it.

The late 60s saw some great window action and split windshield that has become the microbus trademark. However, the 11, 13, 15, 21, and 23 window designs became a thing of the past.

Now it seems that the Buzz is enjoying a revival. Will we see the return of the great window designs as well? Only time will tell.

Whether you want to pick up a classic Microbus or a sleek Porsche, Woodside Credit has you covered. Visit our site today and see how easy it is to own the classic or exotic car of your dreams.