Jewel in the Rough: 1960 Corvette thought to be Most Original in Existence

Jewel in the Rough: 1960 Corvette thought to be Most Original in Existence 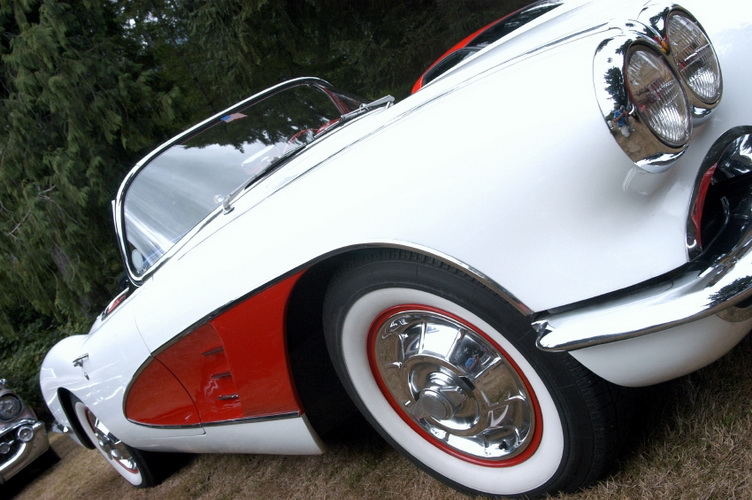 The journey this rare jewel has been on is the stuff epic adventures are made of. What it has resulted in is a car so rare, so unique, so original, that the owner has been advised against restoring it. And so Gary Skinner keeps his 1960 Corvette just as he got it – worn interior and all. It is his show piece and quite the conversation starter; but for years it was forgotten, ignored, and neglected.

The story begins when a school teacher names Ed Graye in West Frankfort, Illinois wanted a car to drag race. He was doing local stuff but wanted a high performance vehicle that could smoke his competition. He custom ordered the Corvette, had it two weeks and sent it back to the factory St. Louis for upgrades. While there, they dropped a dual quad 283 that packed 270 horses into the car, gave him a bigger radiator, and modified the vehicle to accommodate the high performance small block engine.

The car saw a lot of action until 1968 when Graye parked it in a shed and there it sat. Over the years, 18 to be exact, Skinner tried to buy the car but Graye always refused. Over this time the car was in a shed, left outside for two years, then was stored in a pole barn. People came and went, trying to buy this fascinating vehicle but Graye held fast to his decision to hang on to it – that is until one day when he was finally ready to let it go.

Just $7,500 put Skinner’s name on the title. He had his car even though he wasn’t sure what he was going to do with it. He was not a Corvette enthusiast so he did not know very much about collector cars, restoring, and prices – but he was about to get a fast education.

Shortly after purchasing the car he took it to the Chicago Vette Fest. The Corvette people were fascinated by this feisty time capsule. When Skinner mentioned restoring it, however, they quickly and adamantly advised that he keep it just as it was – and so he did.

Skinner only takes the car to various shows so over the past 28 years that he has had it he has only put 760 miles on it. He starts it now and them to keep it lubricated and will drive it on short jaunts to local shows.

And that is how a Corvette person is born.

Purchasing your own collector or classic car is fast and easy at Woodside Credit. We offer easy terms so go ahead and apply. You’ll get your answer faster than that 60 Corvette can go 0 to 60. Visit our site at https://www.woodsidecredit.com/classic-car-loans/ and discover the fun of owning a classic.