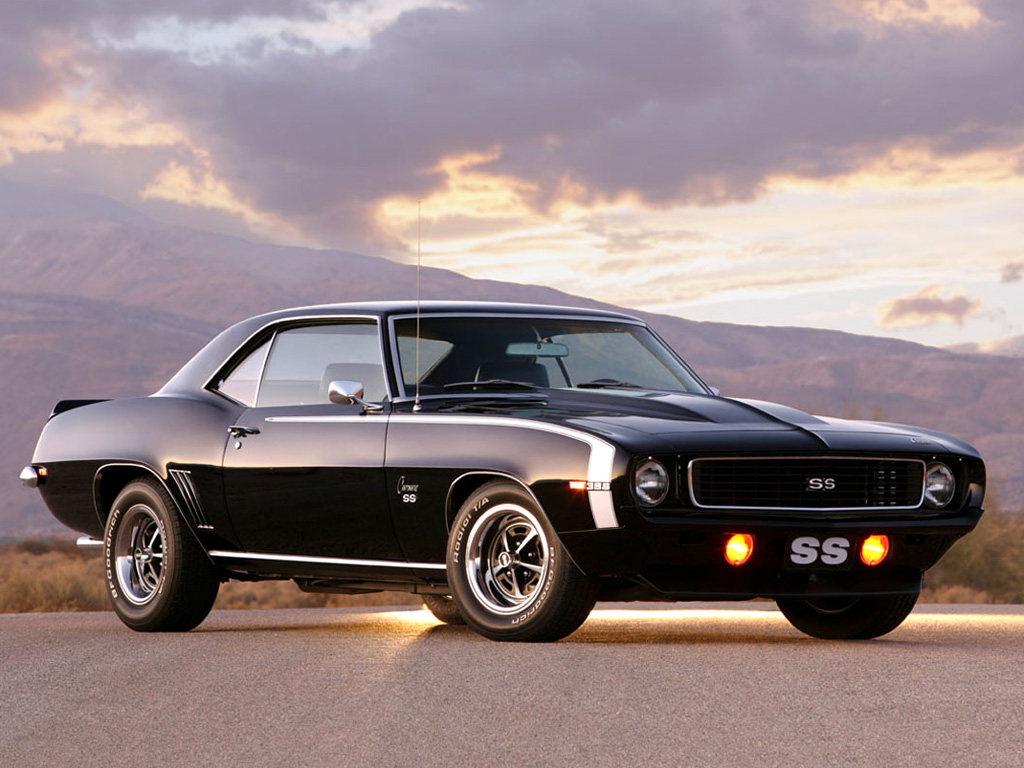 Imagine you find your dream car; a classic that you’ve wanted since you were a teenager. You finally get it and set about restoring it. You spend countless hours, by yourself and alongside your dad, working on the body, interior, engine, everything to bring the car back to its former glory. Then one day, just like that, it’s gone – stolen. If that was the end of the story it would be a sad one. It isn’t though.

If you like a happy ending, this story has one.

It starts when Eric Worth first saw his perfect dream car, a 1969 Chevrolet Camaro SS. The year was 1993 and the high school student discovered the beauty on the side of the road. It was in pretty bad shape, a real jalopy – but Worth was smitten.

The SS became a labor of love. Worth worked to restore her, piece by piece. It became a father and son project as they worked alongside each other to turn the rust bucket into a real honey.

Over the years the car played a big part in Worth’s life. He and his wife even took some wedding pictures with it. Together husband and wife finished up the resto project – just in time to start their family. It was definitely a part of the Worth family.

Then the unthinkable happened. Worth was having a guy’s weekend with his buddies in Louisville, Kentucky – mile from his Freeland, Michigan home. A friend noticed the SS wasn’t in the hotel parking lot so he texted Worth who rushed to investigate.

The car he’d owned since he was 15, had lovingly labored over with the most important people in his life to restore it, was gone. Worth was devastated as were his wife and children. It was like losing a family member.

The Louisville police had no leads. There were no surveillance cameras in the parking lot because the hotel was being renovated. It looked hopeless, but Worth wasn’t ready to give up just yet.

He took to social media to garner some help from fellow Facebookers. His original post, shared more than 53,000 times read:

“It’s with a very heavy heart that I’m writing this post. What started out as a great weekend trip down south to the NSRA nationals in Louisville Kentucky has now turned into my worst nightmare. Last night in the hotel parking lot, the car I have owned since I was 15yrs old was stolen from me!! I have heard stories on the internet of this happening to people, but never thought it would happen to me!!! This just doesn’t seem real!!”

Four months later the impossible happened. A call came from the Louisville police telling Worth that the SS had been found! It was in an empty garage and appeared that someone was parting it out. Most of the car was missing, but Worth was ecstatic to bring it back home. His family was thrilled.

Once again the SS became a Worth family project. It will be a long road, but they are all looking forward to it.

The police department posted this to Facebook, updating the case:

“This is an update to a case of Det. Jason Schweitzer that received national attention. It involves a 1969 Super Sport Camaro that was stolen during the Louisville Street Rods in August 2016. The story went viral on social media and ended up on the national news due to the victim having owned the Camaro since he was 15. The case was assigned to Det. Jason Schweitzer who followed up with a substantial amount of local and national crime tips pertaining to the case. Det. Schweitzer actively investigated the case up until his untimely death in October. The 6th Division Detectives continued the investigation using Det. Schweitzer’s case notes and crime tips. With the joint effort of the LMPD Ninth Mobile and Officers from Probation and Parole several locations were checked and persons of interest investigated which lead to the recovery of the Camaro. The Camaro was found in an empty garage completely disassembled. The investigation is still on-going but Detectives have several persons of interest who are believed to be responsible for the theft. The victim, Eric Worth, was notified right before Christmas of the recovery and told Detectives this was the best Christmas present ever. Mr. Worth recently made the drive to Louisville from Michigan to retake possession of his car. He brought along with him friends who were able to help reassemble the Camaro at the LMPD 6th Division from all of the parts Detectives had recovered. Mr. Worth expressed his gratitude to the members of LMPD and to that of Det. Jason Schweitzer for recovering something that is much more than just a car to him.”

Some stories really do have happy endings.

If a sweet classic is your idea of a happy ending to your story, Woodside Credit can help make that dream a reality. Visit our website, submit a Quick Quote, and in seconds you’ll be able to see our easy terms and low interest rates on a loan for your next great car. Don’t let it slip away. Click today and drive tomorrow.