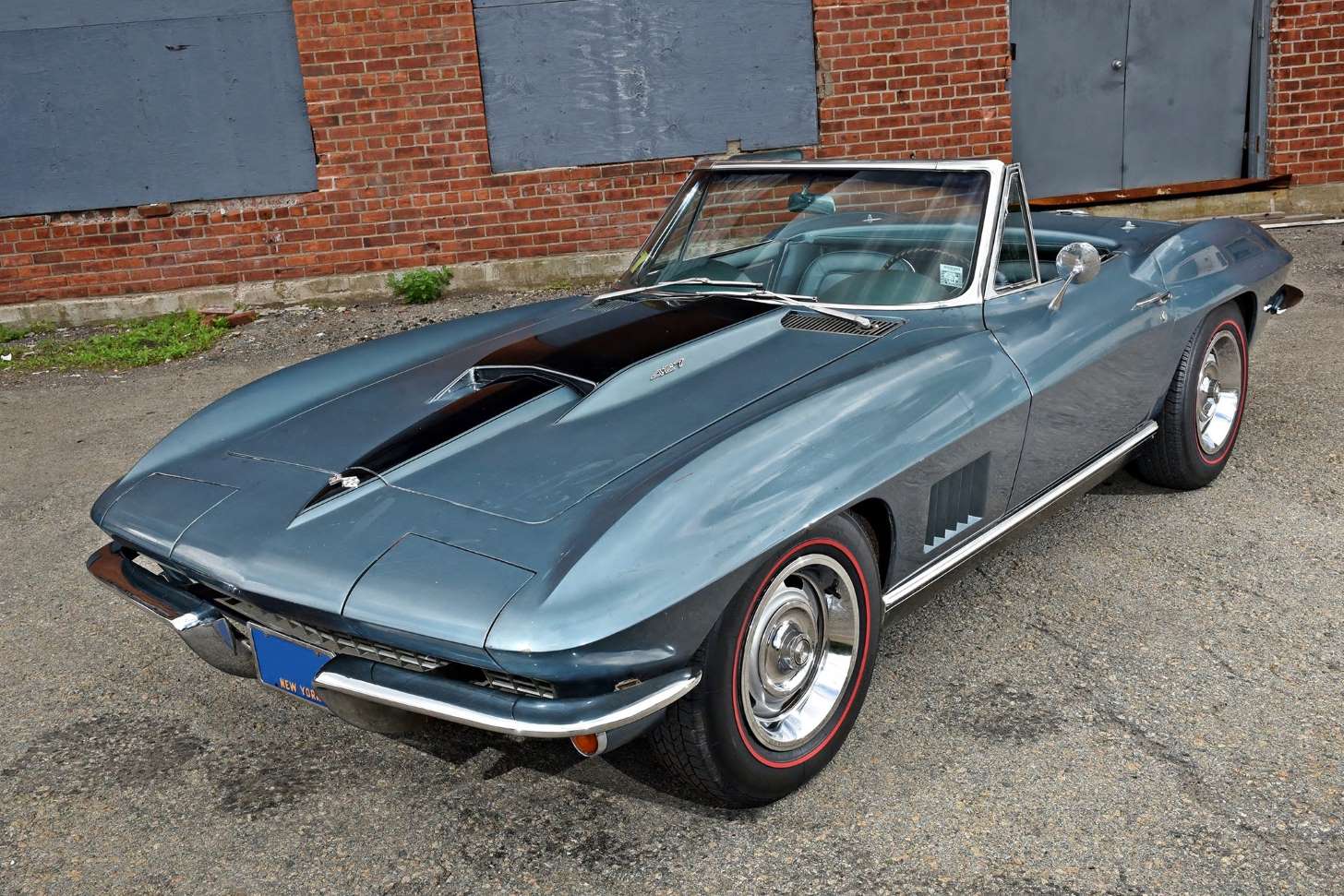 Hurricane Sandy, the most expensive storm to hit the United States since Hurricane Katrina in 2005, caused nearly $62 billion in damage to homes, property, and infrastructure along the East Coast. New York was hit the hardest and many people were left homeless. Hurricane Sandy brought a lot of flooding as well as dangerously high winds to New York and New Jersey. Only a few very small pockets of communities were untouched which is what makes this story so exceptional.

The story starts with two brothers, Daniel and David. Both have a special penchant for muscle cars and are always on the lookout for a good deal. One day Daniel ran across a story about a 1967 L71 Corvette that had spent some 30 years just sitting in a garage. They reached out to the owner and exchanged a few emails. In the last one Daniel expressed his interest in purchasing the car.

Nothing came of the communication and Daniel put the thoughts of the Vette in the back of his mind. That is, until a call came eight months later. The owner sent  photos of the car and the brothers were thrilled to see that the car was a big block Corvette that had indeed been sitting in a garage – a very dry garage. The car had four flat tires, but it was completely unscathed. It seems it was sitting right in the middle of one of those little pocket of communities that had escaped Sandy’s wrath. For 37 years it sat a mere 300 yards from the Atlantic Ocean.

The owner was ready to sell, but he had some misinformation to clear up first. He had first thought the Corvette was an L71, a highly sought after car. Instead, it was an L36, an even rarer model. It has a single four barrel topping the big block and collectors clamor for these cars, especially those that are in unrestored condition – a very rare find indeed. They are “survivors.”

The Corvette still had the original 427/390 hp engine, M21 close-ratio transmission, and even the teal vinyl interior was still intact. It was all original, right down to the Lynndale Blue paint on the exterior.

David and his father took a ride over to the Jersey Shore to lay eyes on the car. It was exactly how the owner had described it to them. A blanket of dust covered the Vette as it huddled in the corner of the garage, just 38,000 miles on the odometer. Upon a thorough inspection, they found the car to be in great condition, better than they could have hoped for. Great condition and all original – this was indeed a great find.

Once the car was home, a team assembled to give it some much needed TLC and prepare it for the show season. This rare “survivor” will certainly thrive in its new home, out in the sunlight after nearly four decades of darkness.

Once you have your restored beauty in hand, Woodside Credit can help put it in your garage. Call today and see how easy it is to own your next collector car.