Exotics that made the Guinness Book of World Records

Exotics that made the Guinness Book of World Records 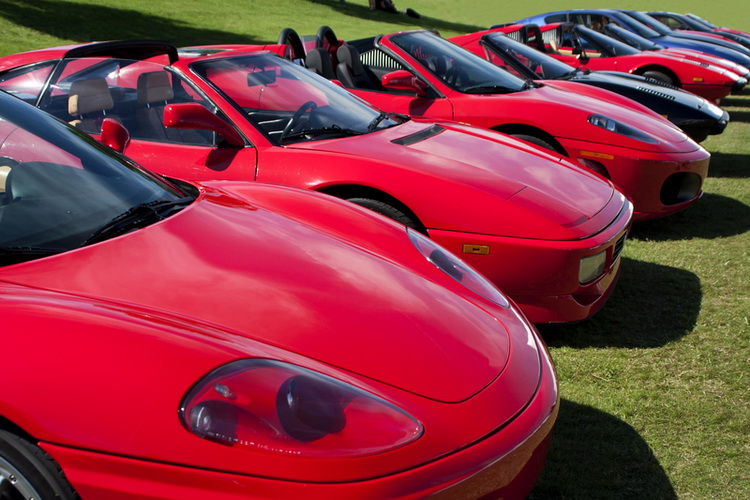 We have a certain fascination with anything that is extraordinary. The Guinness Book of World Records compiles lists of all things extraordinary and several exotic cars have earned impressive titles over the years. While it’s no surprise that several Ferraris, Porsches, McLarens, Aston Martins, and Lamborghinis have broken records for speed, here are a few you might not have heard of – prepare to be surprised.

In June 2007 385 Ferrari cars convened at the Silverstone Circuit to drive two miles – in unison. Ferrari estimated that the total cost of all the cars combined was an impressive £60 million. A wide variety of models were represented including a 250 GTO and a 250 California Spyder as well as several Enzos, F50s, F40s and even an extremely rare FXX.

November 2006 saw a very impressive new world record when an Aston Martin DB9 cannon rolled seven times while going more than 70 miles per hour. This occurred on the set of Casino Royale, the 21st James Bond film. Who else but James could manage such a feat anyway?

Speaking of James Bond, in January 2006 his 1965 Aston Martin DB5 coupe was auctioned off for a cool $1.9 million. This car was used to promote Thunderball and Goldfinger, two other 007 flicks. It was bought by a Swiss businessman. He must have been some fan.

2013 – Most Expensive Model Car in the World

This car actually took three Guinness titles including The Most Secure Showcase (reference to its bulletproof glass) and The Most Luxurious Logo. It is a Lamborghini carved out of solid gold. The finished product contains approximately 25 kilograms of gold, and the starting price at auction was $7.5 million. It is full size and sports a nasty V12 that kicks out 700 bhp. Now that is some serious bling!

What would you do with 500 Rolls Royce cars? You would seek a world record, of course. Sultan Hassanal Bolkiah of Brunei is currently the record holder for having the largest Rolls Royce fleet in the world. In fact, His family made up almost half of all Rolls purchases during the 1990’s. But he didn’t stop with a few Rolls. His collection includes models from such prestigious makers as Bentley, Porsche, Lamborghini, Ferrari, McLaren and others. Wonder which one is his daily driver?

Cupertino, California was home to this world record of 507 electric cars at one event, snatching the title from Germany who accomplished earlier in the year. Hybrids were not counted, only battery electric vehicles (no electric bikes though). Of course, several Teslas found their way into the mix, thus helping to earn that coveted title.

This was the first car to break the sound barrier. Andy Green broke the sound barrier in the Black Rock Desert in Nevada, reaching a speed of 1,227.985 km per hour. The car was powered by two Rolls Royce Spey 202 jet engines.

Are you looking to set your own record? Woodside Credit makes it easy to own your own potentially record breaking exotic. Visit our website at https://www.woodsidecredit.com/exotic-car-loans/ and let us put you in the car you’ve had your eye on. Who knows? You might be the next record breaker.