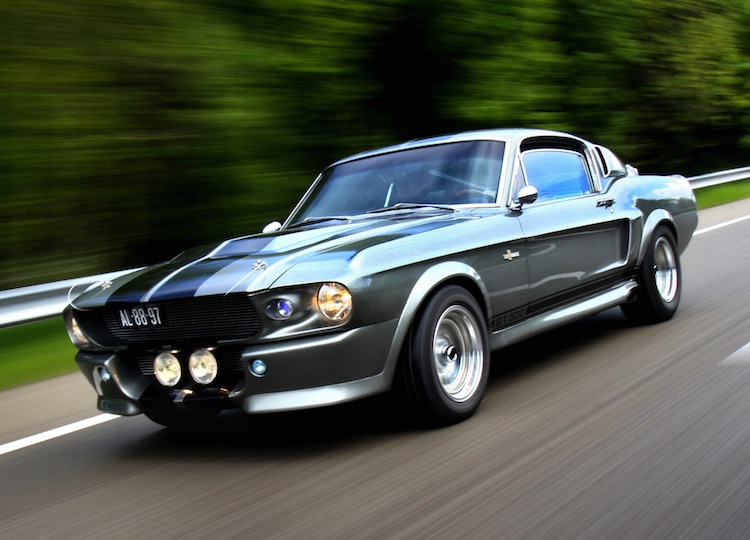 The Shelby GT500 was widely popular when it hit the scene 1967 – and that popularity has not waned. Only 2,050 were produced and they were snatched up by wealthy hipsters and car enthusiasts with money (the car was double the price of its sister, the Mustang). It was the ultimate muscle car; high performance and high style which is probably why legendary rocker Jim Morrison of The Doors owned one.

And that is where legend takes over because no one really knows exactly how the story goes from there. The only fact that has been confirmed is that Jim Morrison did indeed own a ’67 Shelby GT500 according to a California registration. So, in effect, the story itself is a mystery.

One version says that his record company, Electra Records, gave Morrison a 67 GT500 in night mist blue to thank him for his work on his album, “The Doors.” Another version of the story, however, that Morrison purchased the car for himself to celebrate “Light My Fire” rocketing to number 1 on the charts.

How the car became lost is equally intriguing and there is more than one version as well. One version tells of a reckless Morrison driving like a maniac on Sunset Boulevard in LA and slamming into a telephone pole. He reportedly got out, walked around the car, checking out the damage but decided he would rather continue partying than take care of the accident. Hours later, after a night of partying, he returned only to find the car gone.

Another version has him parking the car at LAX and leaving it there while he was on tour. After several months he returned to retrieve it but it was gone. The story goes that it had been towed and sold at public auction.

While neither story has been confirmed – or any story surrounding the car’s disappearance for that matter – the fact is the car has been missing for more than 40 years.

There are so many questions. Was the car sold to someone? Do they know that they have a piece of rock and roll history sitting in their garage?

We don’t want to think that it was wrecked and scrapped, but there seems to be no record of the car after 1969. It simply vanished. We choose to be hopeful, though. Maybe it is sitting among the other cars in someone’s collection, or perhaps it is part of someone’s estate and simply waiting for those matters to be dealt with and then it will see the light of day again.

We may never know.

Purchasing your next classic car doesn’t have to be a mystery. Woodside Credit makes it fast and easy to add to your classic car collection. Visit our site at https://www.woodsidecredit.com/ and see how easy it is.