10 Performance-focused EVs to Be on The Lookout For

10 Performance-focused EVs to Be on The Lookout For

There’s no denying the shift to EV vehicles and even more so on luxury and high-cost models. From established automakers and startups to the most iconic manufacturers in the world, all parts of the industry are rushing to produce performance EVs. The new level of technology brought forth by EVs means we’ll be seeing faster, more efficient vehicles with unheard of 0-60 times. See below for the top 10 upcoming performance EVs. 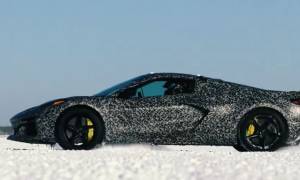 Chevrolet is developing new EVs at a breakneck pace, featuring their Ultium battery technology. With a focus on expanding Corvette offerings, the company announced an EV version of the Corvette (in addition to a Corvette SUV).  Scheduled for 2023 and expected to hit the 1,000 horsepower benchmark, we’re hopeful Chevy can get this model into customers’ hands on time. With the current success (and backlogs) of the C8 Corvette Stingray, we’re under the assumption the EV Corvette will win the heart of enthusiasts all over the US. 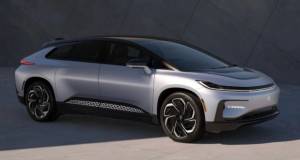 Faraday Future’s striking Tesla Model X fighter is a futuristic example of EVs to come. The automaker has been in the news recently due to inflated preorders and bankruptcy, questioning whether the automaker will deliver on the promise of getting vehicles into customer’s hands before the end of the year. The FF91 is the best of all worlds, with incredible performance, comfort, luxury, and range. We hope to see this automaker with some good news soon… Maybe even with deliveries this year. 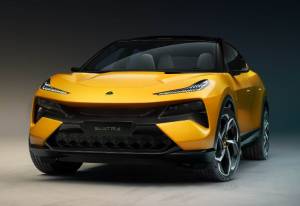 The UK-designed hyper-performance SUV will hit the US market in 2024. With a big focus on tech and style, the 600-horsepower SUV is expected to cost just under $200,000. The SUV is in striking contrast to other Lotus vehicles, primarily due to its SUV shape and development in China. It’s another exciting chapter for the automaker who’s known for a go-cart-like driving experience.

At the very top of EV performance is the Lotus Evija. The vehicle is expected to be one of the most powerful ever made, targeting 2,000 horsepower and 215 miles of range. With a 7-figure starting price and ambitious plans to deliver before the end of the year, this vehicle could become the must-have EV for the super-rich. 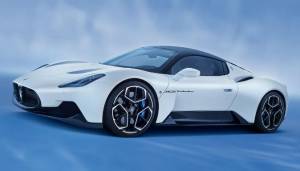 The gasoline version of the MC20 has been winning fans with its lightweight carbon-fiber structure and powerful V6 engine. Skipping the hybrid step, the MC20 EV will have a three-motor, 700-horsepower electric variant coming early in 2023. The MC20 has already reinvigorated the Maserati brand, and we look forward to seeing what real-world EV performance the vehicle brings. 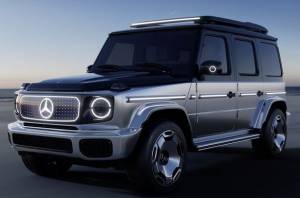 While this vehicle doesn’t quite fit on this list, there’s much anticipation around the vehicle, given an anticipated quad motor design and a 2-speed gearbox. With a platform shared with its gasoline counterpart, the new EQG is the electric version of the rugged and luxurious G wagon. Retaining its iconic boxy style and body-on-frame design is expected to pack all the off-road traits and wicked performance. Slated for sale in 2024, we’re anticipating this G to become a runaway hit. 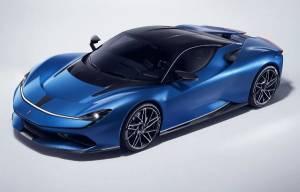 Unveiled at the 2019 Geneva auto show, the Battista is a sleek, exotic car from the iconic coachbuilder Pininfarina. With a Rimac-supplied battery pack, the vehicle shares some commonalities with the Nevera (but all media makes it clear it’s an entirely different vehicle). At a price tag of $2 million and a 0-60 in 1.8 seconds, this incredible machine is already making it into the homes of some individuals.

With Bugatti in its DNA, the Rimac Nevera is the most promising player in developing the fastest, most potent EV. With production started on the 150 vehicles planned, the automaker is a Croatian manufacturer at the forefront of delivering cars to customers. In 2021 the automaker became a joint company with Bugatti, with Porsche a vital shareholder. With ties to significant automakers and being at the cutting-edge of EV technology, the Nevera could become the halo car of the world. 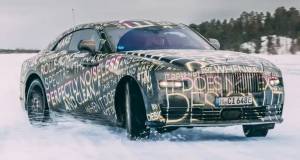 The new-age Phantom-like coupe will be the first ground-up EV from Rolls Royce. It’s expected to hit the streets in late 2023, and spy images indicate it will have the same presence on the road as other Rolls Royce models. Although details are still sparse, engineering details like an updated Spirit of Ecstasy hood ornament for better aerodynamics have been announced. 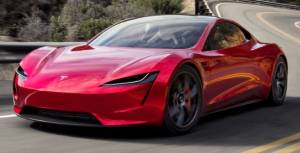 Long promised, and delay after delay, the second-generation Roadster is now scheduled to start delivering in 2023. The most recent announcements include an optional ‘SpaceX package’ with cold air thrusters to launch the vehicle from 0-60 in 1.1 seconds (while improving top speed, braking, and cornering). We won’t hold our breath about the launch date but will look forward to seeing if this vehicle takes the crown of the fastest car ever.

Ready to finance your next exotic EV? Get a quick quote today!