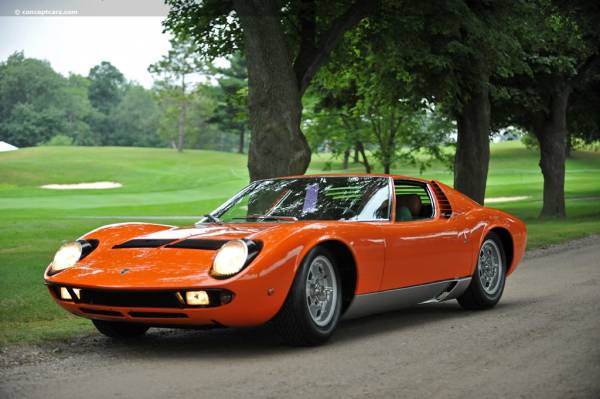 Imagine digging around in your garage and finding a million bucks. That would be extremely cool, right?

Now imagine that you find a very valuable, very beautiful item that is worth a cool mil. You get to enjoy the beauty and the cash that follows!

That is exactly what happened recently when a rare 1969 Lamborghini Miura was discovered in a German garage where it was covered in dust and pretty filthy. Someone had placed bricks under the car’s front wheels to keep it from moving.

It was tucked away and forgotten.

The P400 S model is completely original right down to the engine – which has just 18,000 miles on the odometer. Tracing back its history, the vintage Lambo has only had two owners. Walter Becker, a German ad exec, purchased it in 1971 but later sold it to Hans-Peter Weber, an amateur racer.

Weber took exceptionally good care of the car up until his death in 2015. Until then, it was in pristine condition, but each passing year the forgotten wallflower withered a little more with each passing day. Eventually it was just a memory.

When the Miura was uncovered and brought into the light people thought, “Oh, what a pretty little car.” However, the more dust they removed, the closer they looked, they realized what an exceptional jewel they had in their midst.

In October 2019, this very special Lamborghini rolls onto the auction block at RM Sotheby’s Europe at their London auction. It is expected to command around 1 million pounds – that’s about $1.2 million U.S. dollars.

It’s the ultimate Cinderella story. Well, except that it’s about a car. But oh, what a car it is!

Whether you have your sights set on a vintage Lamborghini or a cool, modern exotic, Woodside Credit has you covered. Our easy terms and low payments let you put that car in your garage. It’s just that simple. Visit our site or call one of our knowledgeable, friendly representatives and make that exotic car fantasy a reality.